“So do you know what happened next?” asked Siddiq Baluch as he shared yet another anecdote from his eventful journalistic career that stretched over five decades.

Young reporters and journalism students from the University of Balochistan sat around the seasoned journalist at the office of Daily Balochistan Express and Daily Azadi, both of which he had founded and was busy editing, at Quetta’s Patel Housing Society on Sariab Road.

The aspiring journalists had assembled to seek professional advice from the legendary Baloch journalist who had worked with Dawn, Pakistan’s most respected newspaper, for three decades.

This was a conversation about journalistic integrity.

“What happened, mama?” asked almost everyone in voice. I do not know why everyone called him mama.

Mr. Baluch was a master storyteller. This time he had taken the story to a new level of anticipation by recalling how he had upset the powerful Nawab Akbar Bugti by not filing a story about a dinner he had hosted for journalists.

“So the Nawab said, ‘I invited you all to come for dinner, and today I don’t see anything in your newspaper’.”

The frail editor looked at the young listeners again and said, “You know what? They [the government and the powerful people] will always try to influence you through different methods. You should, of course, go to their events and dinners and chat with them. But always make it clear that their hospitality will not necessarily lead to a story. Report only what you think constitutes a story. Nobody should tell you what to write. Nobody.”

“You probably haven’t noticed that I work on Sariab Road. Starting from Railway Phaatak [Crossing] to the Customs [the end of Quetta’s longest road], more than two dozen powerful tribal chiefs live down this stretch. There is Nawab Khair Baksh Marri on Arbab Karam Khan Road. There is the Sarawan House where (former chief minister) Nawab Aslam Raisani and his brother (the then provincial head of the Pakistan People’s Party) Lashkari Raisani live. There is the Khan of Kalat in the Awan-e-Kalat just a few feet away. Even in my backward lives a former MNA. That guy. What’s his name? Atif. Atif Sanjarani. Next to him is Humayun Marri (former chief minister). He lives next to Atif. Next to him is the house of [former chief minister] Jam Yousaf. Go a little back in Railway Colony. There is the residence of Javid Mengal where Sardar Attaullah Mengal resides. There is Nawab Magsi, Nawab Shahwani. Even Kachkol [former leader of the opposition in the Balochistan Assembly] has a home in our neighborhood. There are many government-sponsored Nawabs as well. Nawab This. Nawab That. They all live here. They are extremely powerful, and dangerous.”

He paused for a moment, looked up at his Nokia 1112 cell phone and smiled. He looked at the phone again. This time he smirked. It was probably a forwarded joke. “He’s so funny,” he murmured. The SMS was possibly from his old buddy, Jan Mohammad Dashti, the editor of Daily Asaap who fled Pakistan after a failed assassination attempt on him. Both of them edited the most vocal newspapers in the troubled province. Yet, they made sure they spared some time to smile and laugh. Text messages in Balochistan either carry forwarded jokes or death news. No one had died that day. So it was most likely a forwarded joke.

“Sorry,” he got back to the visiting students. “Do you want me to tell who else lives at a walking distance from my office?”

“So, do you want us to fear them? asked one attendee.

“No. Just don’t mess up,” he explained. “Journalism is not a passport to insult people. It is a big responsibility. Get your facts right. Report them as they are. Just don’t be too intellectual. Everyone thinks they are an intellectual. Reporters are not meant to be intellectuals. We need reporters, not intellectuals. Ask questions; don’t deliver lectures. Write news stories, not long ghazals [poetry].”

He recalled that once Sardar Attaullah Mengal had hurriedly walked into his office at Quetta’s Kabir Building and informed him that another Baloch Sardar had sent out his men to harm him for a report he had published.

“Those guys were waiting outside my office,” he remembered as if it was yesterday. “Of course, I was scared. Would you expect me to say I wasn’t? I was. But Sardar Mengal stayed at my office until all those guys waiting outside for me with clubs had gone.”

Before becoming a journalist, Mr. Baluch had served as the Press Secretary of Balochistan’s first governor, Mir Ghos Baksh Bizenjo. He had known Sardar Mengal from the time they had spent in jail in the 1970s along with Bizenjo. Their friendship deepened as time passed and continued until the Baloch scholar’s death last week.

“But isn’t it easier for you since you write in English and the Sardars can’t read English?” asked another student in a witty but serious tone.

“That was the other thing I was going to tell you. Beware of the educated people: Those in the military, bureaucracy and high public offices. The Sardars will only break a bone or two, but those in the government will kill you. Do you know how many telephones one government official has in front of him? Tell me. Do you know?”

Everybody pretended not to know.

“Shanzda,” he exclaimed (using the Balochi word for sixteen). Of course, he was exaggerating. He knew that. But he had a point to make.

“Government officials mostly read the English press. They are least tolerant of what they view as ‘negative coverage’. The moment they see even a minor error, they will pick up the phone and send some goons to fix you.”

“So what do we do?” asked the oldest in the delegation who had a folded copy of Daily Azadi in his hands. It was the newspaper Mr. Baluch loved more than his children, but this guy had shamelessly folded the four-page newspaper into so many layers that it could easily be mistaken with a pocket-size telephone directory. He could even put the whole newspaper in his pocket. Any pocket.

That was normal. The people who loved newspapers held them in their hands. It was just a bad but widespread habit among newspaper readers to fold them into a thousand folds. There was no grudge. Just a bad habit. So, let’s not confuse this with any hard feelings for Mr. Baluch.

“What do you do?” Mr. Baluch ask in response. “Just have a survival strategy. Write the story as it is. Nobody wants poetry from a reporter. So, don’t add poetry to your reporting.  If you love commentary, go become a danishwar (intellectual). Journalism isn’t your cup of tea. Just write the story as accurately as you can. Don’t mix your opinion with a news story.”

He added: “If you want to hold others to accountability, you should be responsible and ready to be held accountable as well. Go out of the newspaper offices. Don’t sit at the press club. There are no stories inside the press club. Go, talk to the people. Go to the Civil Secretariat. Go to the courts and police stations. Visit hospitals to get your stories. That’s where stories are.”

Before he could answer another question, his phone rang. He looked at the screen. He remained calm but his seriousness was visible. “Aslamalikum, sir,” he said.

It was either one of his powerful warlord neighbors or one of the mighty bureaucrats with sixteen telephones.

This was his routine life. For fifty years. He survived it. He didn’t screw it up. He knew the art of survival. This was editor Siddiq Baluch, 78, not out.

These days, it is even hard to remember when was the last time a prominent Baloch or even a journalist died just because God wanted them up there. Otherwise, nearly every notable Baloch who has left this world recently has been killed.

Siddiq Baluch, who died on February 5th, was one of the few top Baloch who reached the finish-line in spite of being surrounded by people who deep-down hated his very existence and still had no way but to deal with him every single day.

He was too competent to be a journalist in Balochistan. He could have become a World Bank economist. However, he chose to stay in Balochistan. Some insecure government officials, mostly those in the information department, treated him like nobody. They didn’t deserve him. Even officials who could barely write a press release or were hardly qualified to have a conversation with him tried their best to shut down his newspapers. They failed. Mr. Baluch survived.

His pragmatic attitude is a textbook example of how to live, work and survive in Balochistan, one of the world’s most dangerous places for reporters. 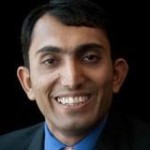 Malik Siraj Akbar is a Baloch journalist based in the United States. He is a contributing writer for The Huffington Post.