I had written parts of this back in December 2019. Four Baloch women from Awaran had been arrested and a picture circulated on social media in which they were shown in custody, their faces exposed, standing between two Levies women in front of a cache of weapons. Fear and torture, possibly, made them look older than they were.

Even by Balochistan’s standards, this news was shocking, maybe one of the worst of the last year. After seeing the said picture, I tried to write a plea to two politicians, the Balochistan National Party chief Akthar Mengal and the National Party’s Dr Abdul Malik. I wondered if the arrest of those women in false cases could make them raise their voices in their support. I sent the draft to Sajid Hussain for publication. After a few hours, when he did not respond, I emailed him again: “Yaar, leave it, Sajid. This plea won’t make a difference. They, the politicians, will remain the same.”

To be frank, looking at my social media timelines has become frustrating. There is often bad news coming from Balochistan. ‘A mutilated body found.’ ‘There was a raid or military operation.’ ‘A few young Baloch insurgents killed in an ambush.’

Balochistan has become synonymous with tragic news. Almost every day starts with the news of an abduction. The person is then called a ‘missing person’, one more addition to the ever-growing list. Everyone knows they are not missing but in tiny dark cells — blindfolded, in pain and helpless. In a dungeon.

A couple of days ago, we woke up to the news of the abduction of Sana Baloch, an MPhil student from Kharan. His pictures were making the rounds on social media and I did not see a strong reaction from the BNP and the NP. I am mentioning these two political parties because they have promised on quite a few occasions to help resolve the issue of the missing persons. Mengal even contested the general elections of 2018 with the slogan of bringing them back. Some have since returned but more have been abducted. The BNP is in the opposition in Balochistan but in the Centre it has supported Imran Khan’s PTI.

A year ago during a dinner gathering in Islamabad, I asked BNP Senator Jahanzeb Jamaldini if his party had succeeded in resolving the issue of the missing persons. “No”, he replied honestly. “If they, the ones who do the business of whisking away Baloch students and political workers, have released around 300 people but more than 400 people have gone missing.”

After a moment of silence, I asked again if he believed the issue of the missing persons is the most serious one confronting the Baloch nation? The senator believed so. A National Party senator sitting with us also agreed. So, why then, I asked both the senators, their parties are not seen aggressively campaigning for the release of the missing persons? Their answers were vague.

As a journalist, I have talked to many followers of both the parties and most of them believe that their leaderships should forge an alliance and start protesting against enforced disappearances. I too think that if their politics is for the Baloch people, they should try to ease some of their pain by aggressively campaigning for the recovery of the missing persons.

A few years ago, an elderly Baloch, an intellectual and author, told me that these two political parties are ‘paralyzed’. He said that he had requested Dr Abdul Malik Baloch and Akthar Mengal that they should ask Pakistan’s real rulers “the Army Chief and DG ISI what is the fault of innocent Baloch students, fathers, brothers and political workers who are being illegally abducted.” The old man was visibly troubled by the daily abductions. “Why innocent students, Baloch youth and family members of Baloch separatists get picked up? And Baloch students who ask for fundamental rights get whisked away? It’s among the responsibilities of the BNP and NP to save our youth,” he said, somewhat frustrated.

I have not met that elderly Baloch for some time and I don’t know what his reaction would have been after the arrest of those Baloch women and Sana Baloch. But I could guess that he would be repeating his words, “Baloch badbakth anth, yakja naba. Hame wad janag banth (We the Baloch are shortsighted and we resist unity. That’s why we would be defeated).”

No one knows how the future would unfold but it would not remember the NP and the BNP leaderships with good words if they prefer personal gains to the collective interest of the Baloch people. 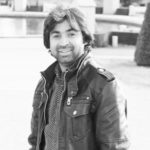